We are very excited to host Soo Ing-Moody, Nuin-Tara Key, David Reidmiller and Don Sampson for our January 27 lecture: Building Climate Resilience During COVID-19 Recovery. These experts on climate impacts science and policy – representing different levels of government and a range of geographies – will discuss how we can leverage the period of economic and social recovery following COVID-19 to build resilience to climate change.

Register for the lecture

Learn about our panelists: 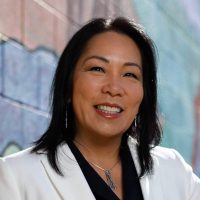 Soo Ing-Moody has served for more than a decade as the mayor of Twisp, a town of just under 1000 people in the Methow Valley of Washington State. Soo is known for her active engagement in addressing local, regional and state policy issues.  After leading the town through several federally declared disasters — first, through devastating wildfires in 2014 and 2015, and now through the coronavirus pandemic — she is known for her involvement in emergency communications and management, and economic resiliency and recovery. She is President of the Association of Washington Cities, leading efforts to ensure equity and inclusion for all cities and towns, supporting efforts for healthy and vital communities and the development of climate resiliency toolkits for local governments. Soo currently serves on the UN’s Urban Economy Forum Steering Committee in support of the UN’s established STGs. Soo is a freelance consultant, who has worked for the Global Fire Monitoring Center in Germany and the USFS to better understand community perceptions on wildfire. Soo holds a B.A. in Sociology and German Language and Literature from the University of Toronto, an M.A. in Sociology and English Literature from the Universitaet Freiburg im Breisgau in Germany, and a certificate in Human Resources Management from Ryerson University in Toronto. 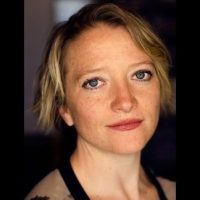 Nuin-Tara Key is deputy director for Climate Resilience for the State of California Office of Planning and Research and chair of the Technical Advisory Council for the Integrated Climate Adaptation and Resiliency Program. Prior to joining the Office of Planning and Research, Nuin-Tara co-founded an international initiative on community-based climate action and worked in the public, private, and non-profit sectors on sustainable urban and regional planning and policy, with a focus on social equity and climate change. She has a Master of Urban and Regional Planning from Portland State University and a BA from Lewis and Clark College. 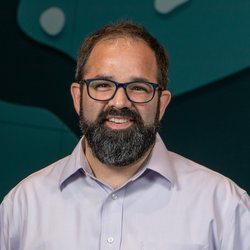 David Reidmiller is the director of the interdisciplinary Climate Center at the Gulf of Maine Research Institute, and a member of the transition team for the White House Office of Science and Technology Policy. At the Gulf of Maine Research Institute, he draws across the breadth of the organization to help people, communities and businesses understand and anticipate how climate change affects them. Prior to joining the Research Institute, Dave served as acting director of the Northeast and Southeast Climate Adaptation Science Centers (CASC) with the U.S. Geological Survey. There, he oversaw a unique partnership between the federal government and university consortia to advance and deliver science to help fish, wildlife, habitat, and people adapt to a changing climate. Before joining the CASC Network, Dave directed the Fourth National Climate Assessment as part of the White House Office of Science and Technology Policy, where he coordinated the work of 300+ volunteer experts from across the country in an effort to understand and address climate risks facing the nation. Dr. Reidmiller has deep international climate science policy experience, as well, having served in the State Department’s Office of Global Change for five years under the Obama Administration, where he led U.S. engagement in the Intergovernmental Panel on Climate Change and was the lead U.S. science and technology negotiator for the Paris Agreement. Dave holds a B.Sc in Chemistry from Colgate University and a Ph.D. in Atmospheric Sciences from the University of Washington. 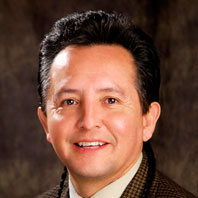 Don Sampson is the climate change project director for the Affiliated Tribes of Northwest Indians, a consortium of 57-tribes in the Pacific Northwest. In 2015 he was one of 15 Indigenous representatives from North America at the Paris Climate Accords (COP21). Don was also the former executive director of the Institute of Tribal Government (2012-2017) part of the Center for Public Service at Portland State University. Mr. Sampson was the former executive director (2003-2010) and Chairman (1994-1997) of the Confederated Tribes of the Umatilla Indian Reservation in Oregon; overseeing all tribal government and business operations with over 1500 employees. He was the executive director of the Columbia River Inter-Tribal Fish Commission from 1997-2003. He is an enrolled citizen of the Umatilla Tribe. 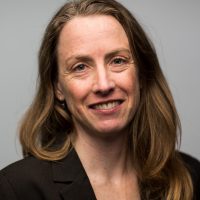 Dr. Amy Snover is the director of the University of Washington Climate Impacts Group and Northwest Climate Adaptation Science Center. She is an innovator in linking climate science with on-the-ground needs of resource managers, planners and policymakers to ensure that Pacific Northwest people, communities and ecosystems thrive in a changing climate. She directs scientific efforts to provide the fundamental understanding, data, tools and technical support necessary for managing the climate risks. Dr. Snover was recognized as a White House Champion of Change for Climate Education and Literacy in 2015 and served as co-convening lead author for the Third US National Climate Assessment and lead author of the ground-breaking 2007 guidebook, Preparing for Climate Change: A Guidebook for Local, Regional, and State Governments.